Denton Gerow lives in King, NC where he spends his free time pursuing creative expression through woodworking. The woodworking gene runs through his family. “A lot of what I know I learned from my father and my [grandfather],” says Denton. His grandfather was a carpenter who was a part of the Seabees (construction battalions) of WWII. Denton and his father built a number of parts for their model train layout when he was a child. His father also refinished most of the antique furniture that’s still in his mother’s house. “Doing things with wood was something I learned early in my life,” he says.

He also spends time woodworking with friends and gleaning from their knowledge. Trial and error along with research is always a component of developing his craft as well. Denton says, “Of course, the internet has been very helpful, especially as we are now learning woodturning on our new lathe that was given to us by our worship team at church.”

He reads multiple reclaimed lumber blogs and he’s met a number of artisans at local craft venues. He says that he tries to be inspired by others’ work and learn from their ability to create fantastic products out of “junk” or throw-away materials.

Each of Denton’s projects spring up from a different idea. “Usually, they come up because I have the supplies and see a need, or because I just want to see what I could do with it. For me it’s always fun, or I wouldn’t want to do it.”

Denton made these garden boxes for him and his wife Amanda’s  garden. He states, “My wife loves to grow green things, flowers, and food. So, I created these so we can plant them this year and grow some vegetables for our family.” He used 8-foot timbers stacked in overlapping ‘log cabin’ style. The boxes are 6×8 feet with a 3-foot walkway that will be paved for easy access.  “This project took 40 timbers total and about 4 hours to do,” reports Deton. 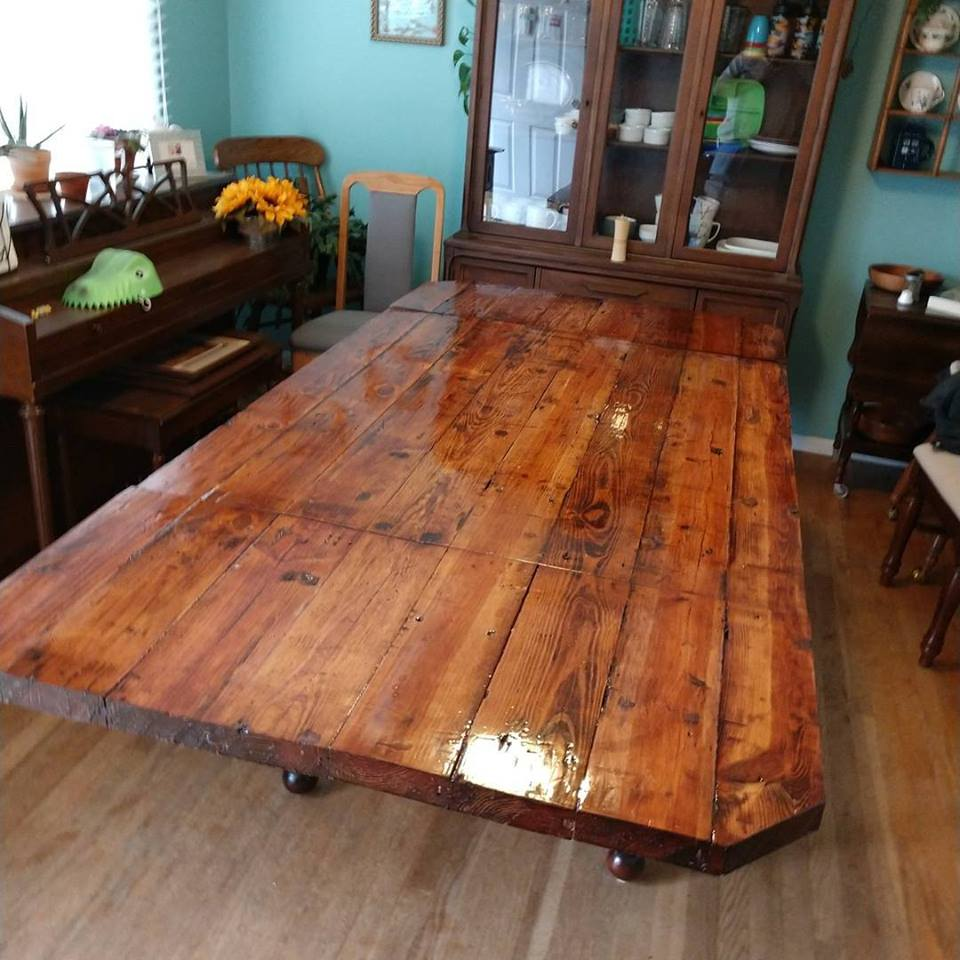 For this table, Denton used wood that he received from his father that had come from an old deconstructed 1908 bank building in Burlington, NC. He used staircase newels that were left in his garage to construct the table’s legs. “It took me a few tries to figure it all out, but it looks wonderful in our dining room,” says Denton. This project took him many months because he was working on it on his days off and often had to reglue and clamp the table top as he developed his process. “I was asked once if I would do another for payment. I answered, ‘No, but I’d do it for someone for the joy,’” he states. 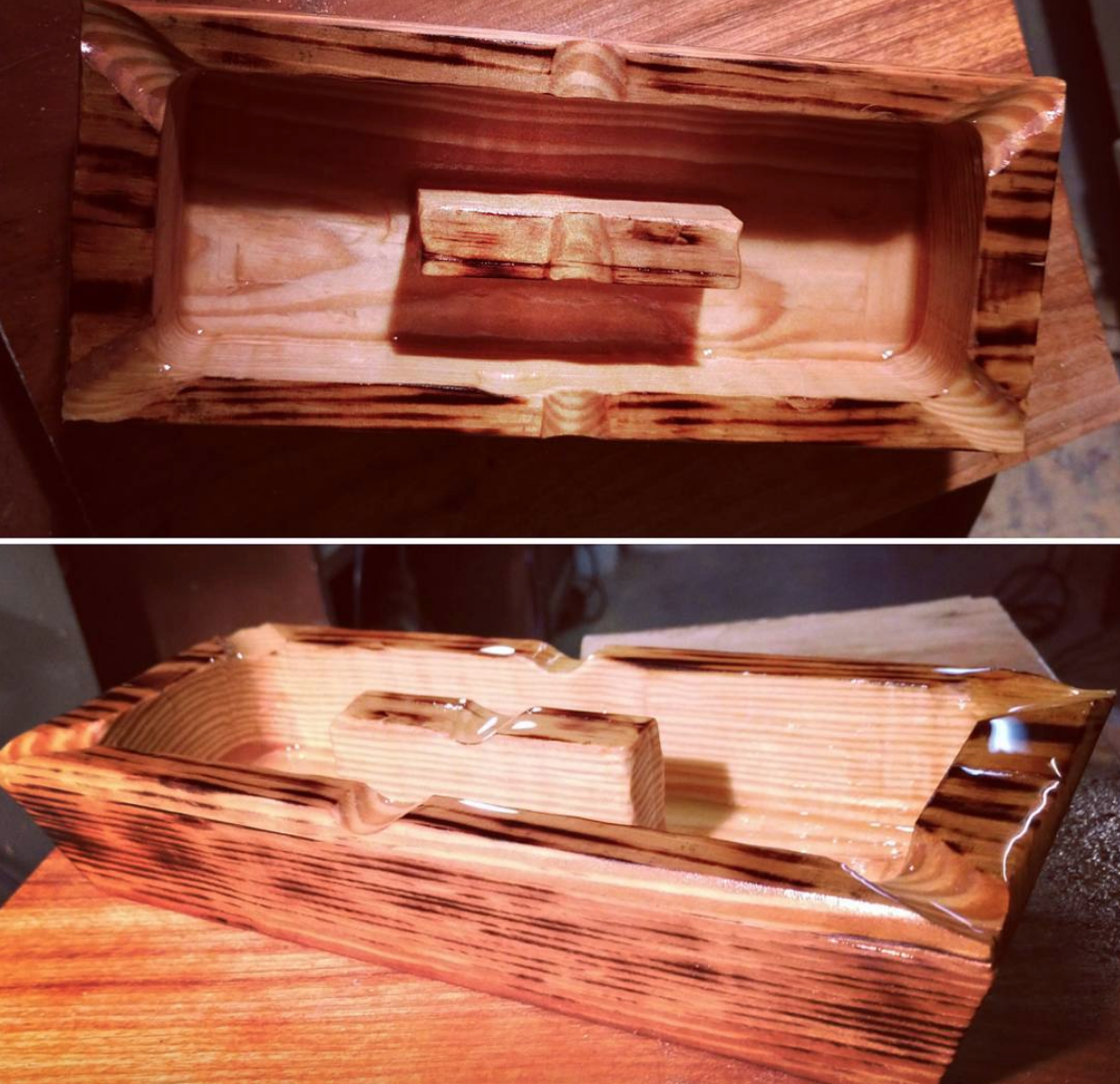 This cigar box was a perfect secret santa gift for a friend of Denton’s. He used cast off wood from the dining room table project. “I tried a few new techniques on this one, including using a plunge router to make the basin for the ashtray,” explains Denton, adding, “I then ‘toasted’ it with a lighter to get the color and char, and used spray poly coating to bring out the color.” 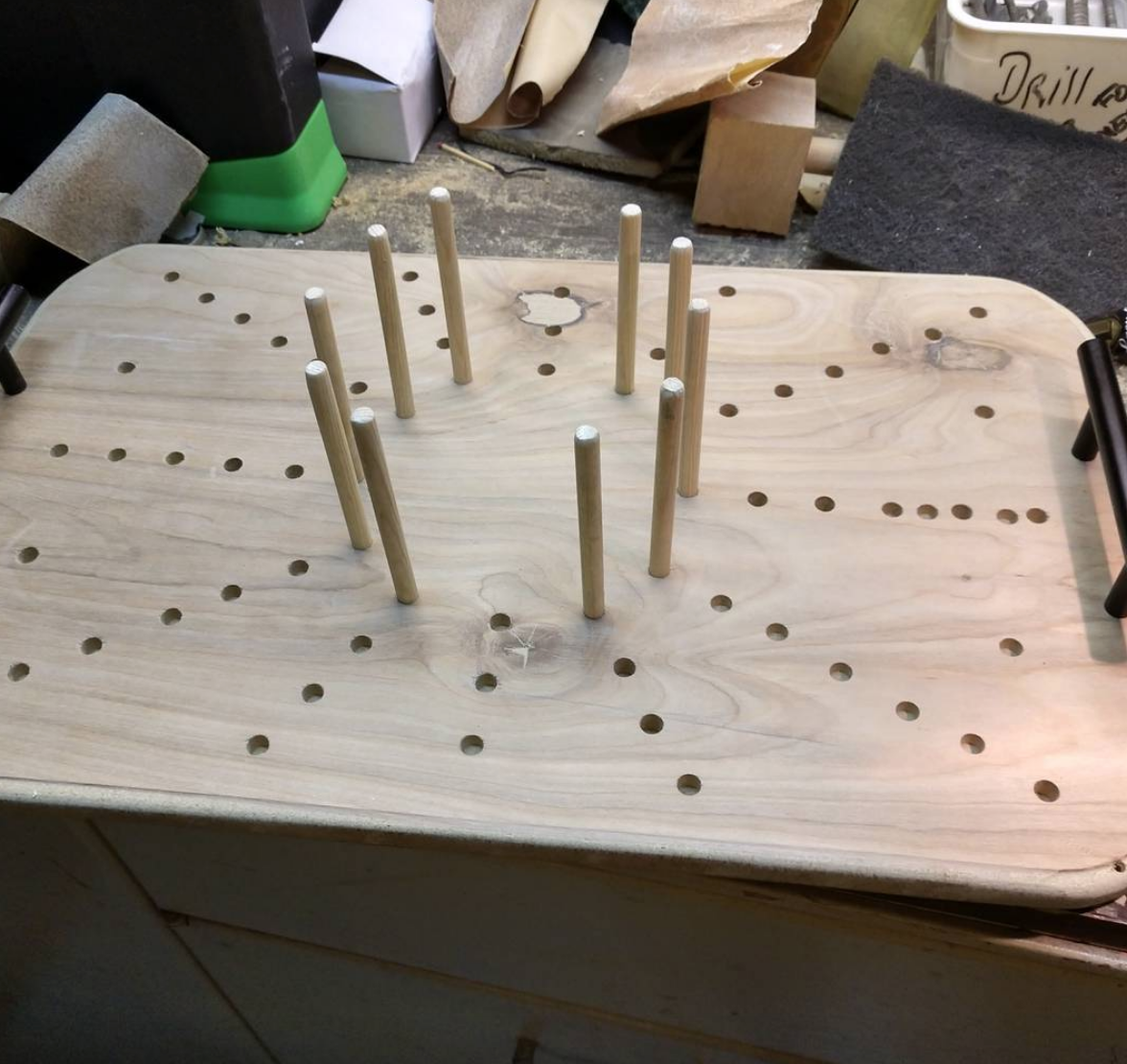 Denton noticed a pot holder at his mother-in-law’s house. He thought he could make one himself if he could come up with a pattern. “One day at a thrift sale at a local private school I saw one made of plywood, without the pegs,” he says. He purchased it for a few dollars and drilled through the cheap wood to create a pattern. He explains, “I used a piece of wood we had in the shop, a cast off from shelves my father had made. My drill press ensured the straight and even depth of the holes. I sanded it with 600 grit paper and oiled it with linseed oil.” The functionality of the holder makes it easy to transport many types of pots and serves as a buffer for hot dishes.

With all this DIY work going on, Denton needs a reliable tool to transfer all his tools and materials. He and Amanda have owned their Gorilla Carts® Cart for over a year. They use it to move pavers, bricks, and sticks along with transferring mulch and dirt while building garden boxes.  “It’s holding up great! It’s sturdy, easy for my wife and my mother to pull and use and it’s great for all kinds of use,” says Denton, adding, “I love the flip around handle so I can tow it with our lawn tractor!”

The cart is also an aid in Denton’s woodworking efforts. He often transfers his tools in the cart and will even use it as a base for doing work on the fly. He says, “The second feature we use most is the dump feature. Being able to dump easily, without the strain of using a wheelbarrow makes this the perfect choice for people like me.” 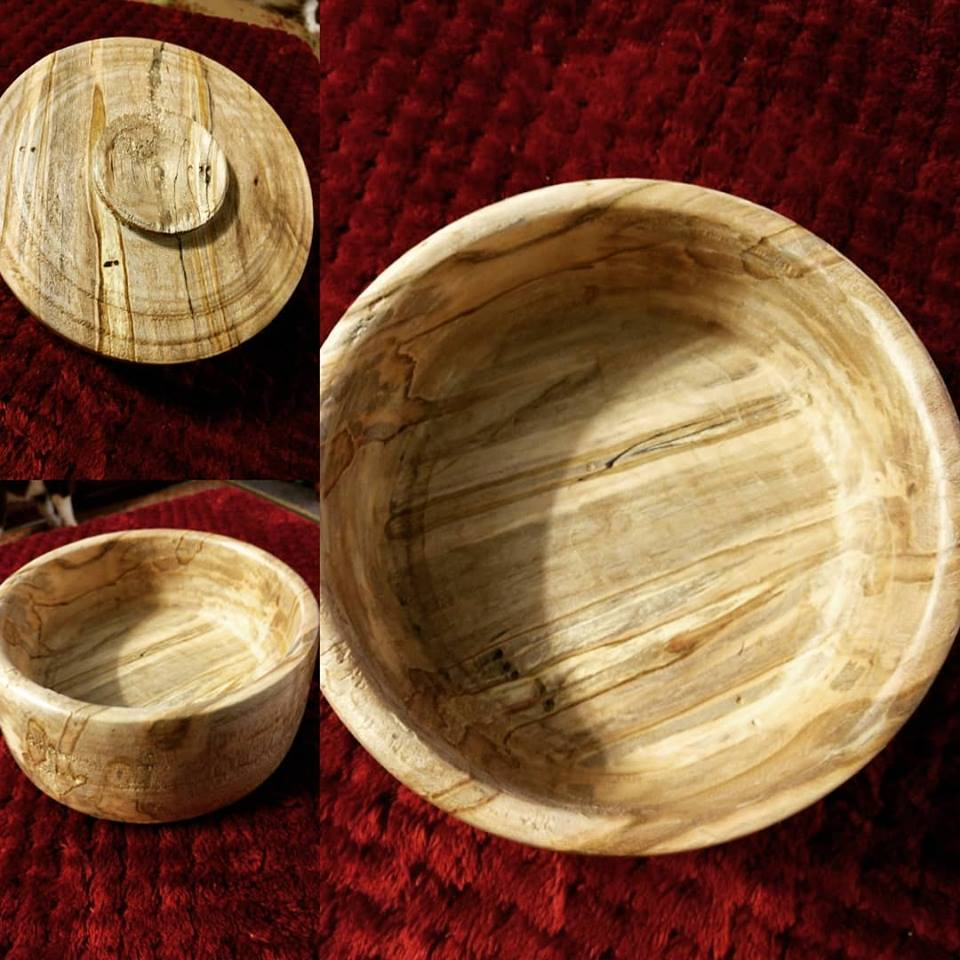